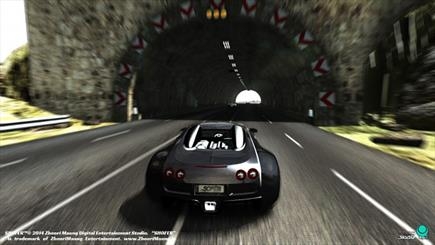 As of September 2014, over 3,700 games have been available through Steam, which has 100 million active users. Game studios submit their video games to Valve's community-driven Steam Greenlight initiative to be voted by users to get a chance on the global distribution. Out of all the submitted games, only 100 titles are ‘greenlit’ to be offered worldwide distribution via Steam community.

SHOFER Race Driver is a racing genre video game developed by Zhoori Maang Studio and released on July 30, 2014. The gameplay has been simulated on the actual laws of physics.

Many of the races take place on well-known roads in Zagros Mountains in Iran. The roads have been designed in such a way as to resemble an Iranian style. Also, to design the cars game makers have made use of three-dimensional scanning technology to bring the designs ever closer to reality.