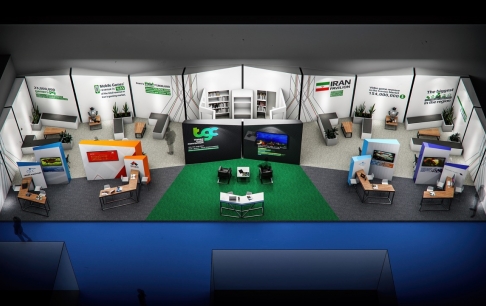 According to the public relations department of the Iranian Computer and Video Games Foundation, Europe's largest trade fair for computer and video games takes place at the Cologne Exhibition Centre every August. More than 300 products from Germany, Europe and the rest of the world from all segments of the games world will be premiered in Cologne. Last year, 345 thousand people visited the exhibition. In terms of size and number of visitors, this event is the world's most important exhibitions.

Iranian Computer and Video Games Foundation plans to negotiate with academies and similar institutions in countries such as Germany, Spain, Korea, Turkey and Great Britain.

Different parts of game industry in Iran are taking part in this exhibition in order to show their capabilities and meeting their objectives. Also, a comprehensive book about Iran’s game industry, titled Essential Facts & Key Players, has been published specially for this event. This English written book includes the latest detailed statistics of Iranian game companies, in 207 pages.

Iran’s Pavilion programmed several activities for this event such as: