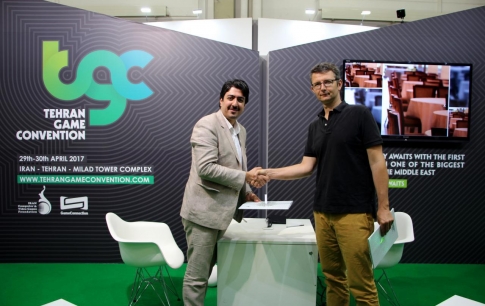 Iran’s National Computer & Video Games Foundation has inked an agreement with France’s Game Connection to pave the way for the arrival of global game industry heavyweights to the Iranian market.

The agreement was signed on August 17 on the sidelines of the 8th GamesCom in Germany’s Cologne, according to the Public Relations Department of the Iran Computer & Video Games Foundation.

Games Connection is one of the biggest game companies in the world, which has also held France’s largest commercial exhibition of the industry. The company’s CEO Pierre Carde has also expressed gratitude with the signing of the agreement, saying it would further connect Iranian game developers to their international counterparts.

Hassan karimi Ghodoosi, the CEO of the Iran Computer & Video Games Foundation also stated that for the Iranian game developers to be able to present their products to the international market, they need to maintain interaction with global game developers, adding that the agreement would facilitate and take such interaction and cooperation to a whole new level.