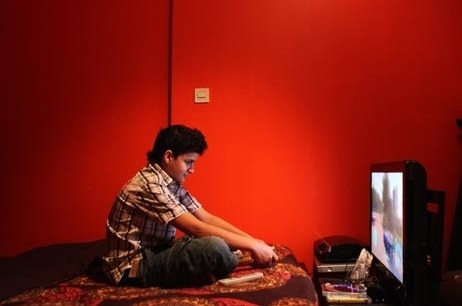 ABU DHABI // Parents who are concerned about their children playing violent or offensive video games will get a helping hand in the form of a new, Islamic-based rating system.

From January, the Entertainment Software Rating Association (ESRA) will assess the minimum age for which each game is appropriate: six, 12, 15, 18 or 25.

Although they will not have any legal force for now, the ratings will be displayed on a website to help parents decide whether games are appropriate for their children.

The rating a game receives will be determined by rules drawn up by the Iran National Foundation of Computer Games, in concert with Dubai-based Index Holdings. They have spent the past two years discussing the guidelines with Islamic clerics.

The criteria include sex, nudity violence and the use of drugs and tobacco.

Dr Behrouz Minaei, the managing director of the Iran National Foundation of Computer Games, said the aim was to maintain "the balance of children and player's psychological behaviour".

"The system works as a monitor for the games' content and makes sure that games should indicate education and entertainment at the same time," he said.

Several games have fallen foul of regional moral standards in recent years. The Grand Theft Auto series, for example, was banned because it depicted prostitution, gambling and alcohol.

Dr Minaei said there were games that depicted Muslims as terrorists, while others were frightening for younger players.

He said the top age bracket was necessary because "there is a difference between an 18-year-old Muslim and a 25-year-old". The latter, he said, "is more than likely married and some games are more suitable towards married people".

Anas al Madani, vice president of Index Holding, said the system would help maintain the conservative aspect within the society.

"We are keen on encouraging game developers and publishers to use the ESRA system," he said. "It enables publishers to understand the nature of the Islamic society and the different aspects that it emphasises".

David Reeves, the chief operating officer of Capcom, the company behind the Resident Evil series of games, said the guidelines would only help the industry.

"In the past it was announced just before games were shipped or even when they were in the process of shipping to the UAE or Saudi Arabia that they were banned."

He said the rules would give developers a benchmark, helping them develop regional versions.

"It also gives developers and publishers a forum to talk to about what works and what doesn't," he added. "If there is a possibility of a game [being] banned, the developers will have something to work against and make changes to it."

Saeed el Ajou, managing director of Music Master, a games distributor based in Dubai, said that while all games were clearly marked with European age recommendations, that does not mean they complied with Islamic values.

"This is a Muslim country and they have to abide by those values," he said. "You will see a lot of contradictions in successful games that don't fall in line, like some war games."

"I always check what my son buys or brings home from his friend's house," he said. "It's good to see this for the Arabic region.

"Films and even the internet can be monitored so it doesn't affect our values too much. I know of some games that are misleading. They start out all good and they would have hidden levels of strong violence. Something like this could cut this out in the future."