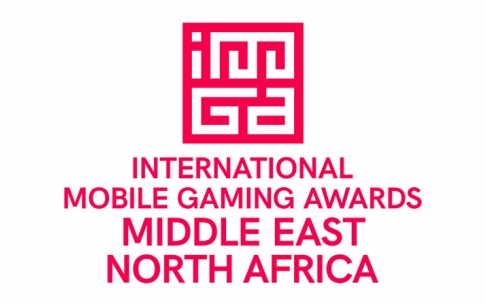 As Mehr reported: IMGA or the International Mobile Gaming Awards, is one of the most important events happening in the Middle East and the North Africa which in its second time around, Iranian gamers are going to have a strong presence.

As we get closer to the final ceremony of the second annual IMGA, we’ve seen some controversy happening around the Iranian participants. It was at the beginning of Mehr (Middle of September), when the candidates for this tournament were announced, with 16 Iranian video games present in the list. One day after the announcement, all of those 16 titles that were submitted to its website for votes, were astoundingly axed! But IRCG immediately stepped in and thanks to the efforts made, all those 16 titles were back on the list the following day.

Out of all 55 submitted games to the second round of IMGA, 16 are Iranians and that is a number to behold. Because of that, the chances for an Iranian game to come on top is very high.

The closing ceremony of this festival is going to be held on 11 November at Jordan, Amman. We’re hopeful not to see any other controversy arise. But, only time will tell.

Now let’s take a look at the 16 Iranian games that are present at this festival:

4 Wheelers is one of the candidates at the second IMGA MENA. The game’s spotlight, are small toy cars. The developers have gone for a hybrid style of racing and turn-based gameplay, which could lead to a thrilling experience.

The players can create their own unique cars, personalize them and then, take part in online competitions. As mentioned, the game is a turn-based racer. So each time, one side of the race may drive their car, and then, the other person gets the chance. There are some elements worked into the game to make it more fun. For example, there’s a chance that the cars collide, or the race field might change arrangement.

Ancients Revival, made by Anashid Games, is a turn-based fighter for the fans of online gaming. There are multiple fighters to choose from, each one with their own fighting style and abilities.

In the heat of the battle, each fighter can change into a legendary entity. The players may also create their own band of fighters and compete with other players online. They can even take part in another team and fight for their honor. In this mode, each player with their own fighter, will take up a distinctive role in the team and will face unique puzzles and challenges.

Around Mars developed at Appinu Studio

Around Mars is another game of the mentioned Iranian 16. A casual game, the player must throw a specific number of asteroids with sufficient speed and precision at Mars, in a way that they get floated in the planet’s orbit without hitting other objects. Around Mars is made of more than 100 levels and also has endless and co-op modes.

Clown: Legendary Theater, a puzzle game, puts the player in the shoes of a bystander watching a clown doing pantomime. The player must surmise the message that the clown is trying to convey through his movements.

After the clown finishes his act, the user should unscramble a bunch of letters given to them to arrive at the answer. In Clown: Legendary Theater, you can customize your clown with clothes and other accessories.

In Live TV Tycoon, you assume the role of TV channel’s manager in a semi-simulation/ casual experience. In this game, your duty is to manage the TV channel to the best of your abilities, make programs, all the while competing with other TV channels and their managers to make your own channel the most popular and affluent one there is.

There are different segments to the game. You can develop new shows and programs and figure out the best time slot for them to become successful. The more popular your shows are, the more revenue you’ll get, which you may use to expand your operation and better your audience’s TV experience. You can even further develop your studio and create more TV channels.

Mafioso is a turn-based/ strategic fighting game made by Paeezan Game and another contestant of the second IMGA. In this game, the player chooses 3 out of an array of available characters, forming a team to challenge other teams.

Each team can attack two times at each turn. Each of the characters has 3 modes of attack. The player also has abundant choices for customization as there are many different characters with different upgradable abilities.

PerCity developed at Turned On Digital

In PerCity, you assume the role of the mayor of an ancient city and your duty is to meet the everyday needs of your people and manage the affairs of the city.

Agriculture, construction, raising livestock, etc. are the types of activities you will dedicate your time to in order to raise the level of civilization and the relationship between your people, so your city can come on top in competing with other players.

In Shadow racer you can choose a car and then take part in offline, endless, cops and robbers and online races for coins and experience to further personalize and upgrade your car. There is a good level of diversity between the racing fields, the types of weather, and the variety of cars.

Another game made by Appinu that has become a candidate for best game at IMGA. In this causal game, the user should prevent a sheep from falling to its death. When the game starts, the sheep jumps off a cliff, and now it’s on the player to start tapping his phone to cover beneath the sheep’s hooves. The longer you prevent the sheep from falling to its death, the more score you’ll get.

The Ballion is a puzzle game. In this title, you are tasked with putting symbols and other entities that look like each other together to score. This game was made by Lexip Games and it allows the user to compete online for the best score, and share their records with their friends and other users.

The Cage developed at Mental Studio

Imagine being a squirrel held captive by a human. In this platformer made by Mental Studio, that’s exactly what you are! A captive squirrel desperate to escape.

But it’s not as easy as it sounds. You’ll face many challenges and hurdles in your way. There are puzzles, enemies (humans or large animals) and moveable barriers, threatening to keep you from making your sweet escape.

Rizali Dehghan, is considered a national hero in Iran’s contemporary history. He was a shepherd. One day, returning from work, he sees a rockslide covering the train path. Fearing an impact and the loss of many lives, he takes off his shirt, wraps it around a stick and sets it on fire to inform the train operator of the danger. That action, saved many lives and was the reason he became a national hero.

Now, in Run Dehghan, Run! Players can step into Rizali’s shoes to try and save the people of his village riding the train. You have to traverse a road riding on your mule. There are barriers on the way that you have to jump over, and to keep traversing, you must keep your light on, which happens through picking up sun-like orbs.

Battle of Legends is a strategic card game developed at Trixmen Studios. The cards are designed after Legends of Iranian mythology. You choose the pack of cards that you desire, arrange them in the way you see fit, and then, go to battle with online opponents.

The more you battle, the more experience and points you’ll receive. You can use these currencies to upgrade the legends’ strength, attacking power and defense.

Save Castle developed at Dream Rain

Save Castle, serves as a sequel to Dream Rain’s last game, the Warriors. It gives the player the role of Arash the Archer, one of the greatest myths of Iranian literature. Told from a third person angle, you face a new threat from Ahriman, who’s opened a new gate from his own world into the world of Ahura, ordering his army to pillage and plunder and in Arash the Archer’s role, it’s up to you to push back the assault of Ahriman’s army and save the realm of Ahura.

You must use your bow to target the enemies at distance and receive points. The more points you collect, the more you can upgrade your powers and pass the levels.