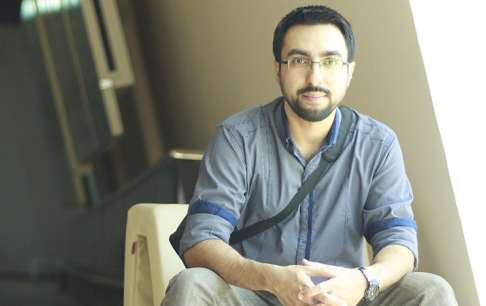 41148 is one of the best Iranian adventure games in the recent years that has been welcomed by users both in Iran and abroad. Not only this game has been downloaded for more than 950 thousand times on Google Play, but it also has a reputation in Iran, as the best local adventure game. That’s why we decided to do an interview with Mehdi Fanaei, the game’s developer, to ask him about the current conditions and the arduous path 41148 had to cross to become popular in the international scene.

Q: 41148 was successful in finding a foothold both in Iranian markets and Google Play. How many times has it been downloaded until now and what situation is it in financially?

A: It was downloaded more than 950 thousand times in Google Play and will soon hit the 1 million milestone. I didn’t really have a financial purpose in mind, so I published it as a free game just to make it known. However, some advertisements that ran in-between the levels, made about 300 dollars each month for the game. In Iran, its four episodes have made about 100 million Tomans, but right now it’s past its peak income and user attraction and in Cafe Bazaar it has only 20 thousand active installs. Some of this maybe due to the fact that Cafe Bazaar rarely does highlight older games in its main page.

A: Many users emphasized that this game is different than most of the games on the market. Maybe because most titles today concentrate too heavily on gameplay and monetization. But 41148 concentrates on storytelling and always tries to instill a feel of curiosity in the player to keep them wanting until the end. The fact that I tried to entangle players in the atmosphere, proved fruitful and even though for the first few months we didn’t have a link to the comment section in the Google Play, many players from around the world would return to our game’s page to leave comments and contrary to Iranian players, they left very lengthy comments explaining the experience and the feelings they had with the game.

Q: What’s the status of 41148 among other Iranian adventure games? Considering the number of downloads and essentially the welcome you received from the users.

A: In the biggest Iranian android market, Cafe bazaar, it went on to become the best adventure game. In other Iranian markets, its status is similar. On average, the scores our game has gotten, is something between 4.7 and 5.

In windows markets, we can refer to Ario. Our game has done well there too. As for the other markets, we don’t have the statistics.

Q: have you considered developing a sequel for this game or another title in the adventure genre? And overall, what’s your idea about the status of these games in Iran?

A: Right now I’m working on a new game named 1:011 in the action adventure genre that has nothing to do with 41148. As for your second question, I feel that overall, adventure is not a suitable genre for newcomer developers that their first objective is financial success. The reason being such games don’t have a high replay value. There is a minuscule chance that players return to the game after finishing it and it’s really hard to develop a strategy to sell in-game items. Then again, if you are successful in shaping the story and puzzles in a captivating way so the player stays with it until the end, if you can hook them, they will follow until the experience finishes and you may be able to build a solid fan base for your next projects.

Q: Did you expect your game to see such a warm welcome? What steps did you take in order to increase the number of downloads?

A: I didn’t expect such warm welcome at all. But still I tried my best to promote my game. I sent many emails to foreign critics, some of whom were present at last year’s TGC. But mostly didn’t reply and others wouldn’t cooperate. Again, famous YouTubers wouldn’t answer or if they did, they’d ask for jaw-dropping prices.

After that, I tried my luck at giving out advertisement through social media outlets like Facebook and Twitter, but as soon as they found out the smallest activity of Iranian IP on my account, they would refuse their services or ban my account altogether.

But I could still count on Iranian users. That’s why I released some of the updates only on Google Play to encourage Iranian players to go to that market. Although the number of visits wasn’t so great, it still helped raise the ranking of the game in the New Releases category.

After 41148 secured a place in the Best New Releases category, it made a bigger impact in foreign countries. I soon found greater success and was listed in many countries’ best 100, like America, Britain, Australia and India, and this encouraged multiple entertainment and technology media outlets to review 41148 and publish articles about it. The Chinese also published the game on their local markets, and even though their tastes in video games are so different over there, to my surprise, they really took interest in 41148. For example, it has gained the score of 9.3 out of 10 in the TapTap market and many users in public forums, discuss the game and the different ways to finish it.

Although Facebook banned my accounts and didn’t allow me to directly advertise it, the users themselves started talking about the game and introducing it to others. Today, if you search for 41148 in this social network, a lot of posts will pop up from East Asia to southern America and you’ll see many people have talked about it, recommending the game to other players. I saw many posts from Afghanistanis talking about the game. What’s really amazing about publishing your video game at a universal platform, is that you’ll encounter opinions of people who are very different from you; in their culture, language, and tastes; but they still may enjoy your game. And even in YouTube, where many big YouTubers refused to even reply my requests, if you search 41148 today, you’ll find hundreds of guides and talks about it that the users have made and published on their own accounts, and we see that number grow more and more with each day.

All and all I can say the best type of advertisement is word-of-mouth. When people enjoy what you have to offer, they will advertise for you.

Q: What types of problems did you face publishing your game in a market like Google Play, and how do you think an organization like IRCG can help to facilitate this process?

A: One of the biggest barriers for us, is circumventing the sanctions and as we move forward, these barriers are going to get higher and stronger. Maybe, if it’s possible, IRCG can establish a firm or branch of itself overseas, to facilitate the publication process and do away with some of these problems we face.

Also it would be great if in events like TGC, they invite publishers who are really interested in indie games. Also most of the critics and writers that visited the last TGC, just came and left. No one even cared to write one article about Iranian games! There’s no doubt that the biggest backing up we can receive is from people themselves. But there’s no doubt that with widespread advertisement through TV and websites, our video game industry can rise to success much faster. So, I believe it would do us wonders if IRCG, when signing contracts with people active in the field of video games (especially foreign) and when negotiating programs with organizations like IRIB, has us developers in mind and tries to make it easier to advertise for our games.