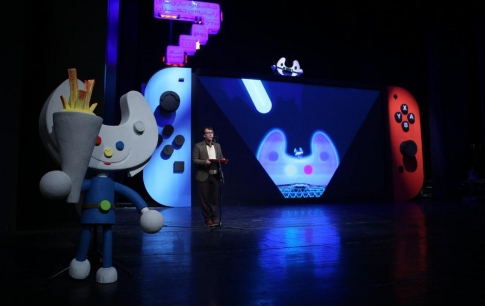 According to IRCG, the closing ceremony of the seventh Tehran Game Festival was held at 19 Esfand (10 March) with Abbas Salehi Amiri, minister of Culture and Islamic Guidance and Hassan Karimi Qodusi, CEO of Iran Computer and Video Games Foundation present.

In the ceremony, best Iranian video games were announced in a few main and sub-categories. Menchers was also chose as year’s best game by public vote. Interestingly, the board of judges, announced that they didn’t find any title worthy enough to be announced as the game of the year.

Here is the full list of the awards given out at the seventh annual festival:

Golden gazelle for best technical achievement: Amir and the Fisherman

Honorary diploma for best game design: Amir and the Fisherman

Honorary diploma for best audio: Chaos in the Farm

Honorary diploma for the best casual game: Papaland: the Escape of the Heads

Golden gazelle for the best casual game: Amir and the Fisherman

Golden gazelle for the game of the year by popular vote: Menchers