Starting off with 205 Games; 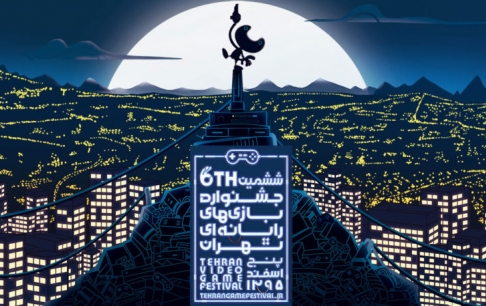 The final submissions deadline for the 6th Computer Games Festival of Tehran, after afive-day extension, came to a close on January 9.

Iran Computer and Video Games Foundation public relations department reported that the 6th Computer Games Festival of Tehran was announced November 5, and interested parties had one month, or until January 4, to submit their work for the festival.

After the initial outstanding reception from activists in the game development industry as well as independent game developers, who were mostly from the student strata, the deadline was extended for another five days and finally ended on Monday, January 9.

Reception for this year’s festival was unprecedented and in total 205 works,including 187 games and 18 game scripts were submitted.

These are record breaking numbers compared to the 5th festival which had achieved a highof only 127 submissions.

This year, on average 5.85 submissions were received each day on the festival website.

The 6th GamesFestival of Tehran did something significantly different this year; instead of holding the festival in the summer, the festival will be taking place in the winter.The idea was to choose the best of the year at the end of the year and to beready for optimal release timing in the springand summer months.

Furthermore,for the first time a cultural section has been added to the festival, which will award the work that best expresses the Islamic socialculture of Iran.

It should be noted that judging officially begins Sunday, January 15 and continues until Thursday, January 19.