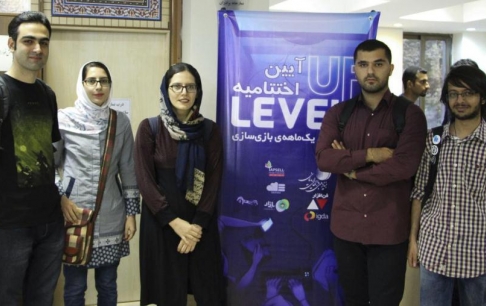 August 10 marked the closing ceremony of the one-month long “level UP” game development event, where the winners were honored for their outstanding performances.

Some 174 teams participated in the event, of which 59% were from cities other than Tehran, according to Kasra Tehrani, the secretary of the event, who also added that 55% of contestants showed interest in developing mobile-based games, 23% of them in PC games, and 22% in both platforms.

‘TV Tycoon’ by Sub Mission Team, ‘At Cage’ by Mental Studio, and ‘VantaBlack’ by Dream Drawing Desk grabbed the top three places of the event, respectively.

Four other games, ‘Around Mars’, ‘Danimo’, ‘Nabardak’, and ‘Into the Coffin’ were also honored in the closing ceremony of the event.