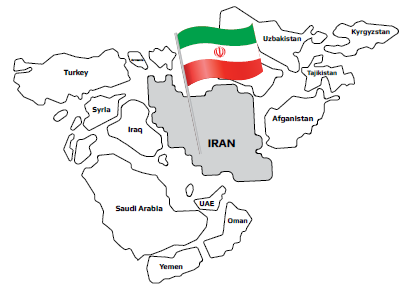 Located in southwestern Asia, on the northern shore of the Persian Gulf with an area of 1,648,195 square kilometers. Iran lies at the eastern most edge of the geographic and cultural region known as the Middle East.

Country in the Middle East In 2014, Iran’s GDP was 404.1 billion dollar. It is 18th largest economy in the world in terms of GDP. 64% of Iran’s populations are under 35 years old. Iran is ranked as an upper-middle income economy by the world bank. Iran is ranked 10th in the historic attractions and 5th in ecotourism.

Iran has the biggest internet user population in the Middle East