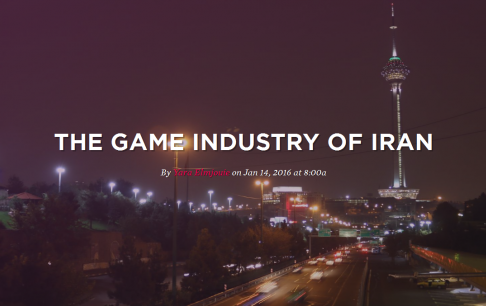 Many games made in Iran have little to do with politics and ideology, even as their country of origin is locked in a perpetual news cycle over its nuclear program, Middle East proxy wars and those burning American flags dating back to the 1979 revolution (one that a former Grand Theft Auto developer is making a game about). That year, Iranians overthrew their monarchy and emerged with an Islamic republic. Revolutionaries took 52 American embassy staff hostage, prompting the U.S. to sever diplomatic ties and begin the first of many waves of economic sanctions against Iran.Those sanctions have hampered international trade with Iran, isolating the country and, to an extent, its people. Iranian game developers have shared in the challenges. Sanctions block them from licensing paid versions of game engines like Unity or Unreal. Popular digital marketplaces spurn them, so developers mask their identities with VPNs or hide behind foreign front companies to release their work. Blocked by the international banking system, most Iranian gamers don’t have credit cards and can’t buy anything off the App or Play stores, let alone Steam or the PlayStation Network. Big-name publishers, wary of sanctions, have steered clear of the Iranian market since 1979 despite demand for heavy hitters like Call of Duty and Pro Evolution Soccer.