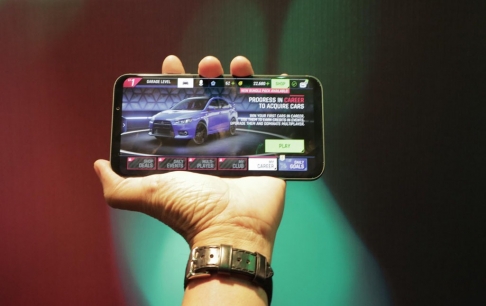 Digital Games Research Center (DIREC) in its latest report "National Survey of Digital Games Consumption in Iran in "2021-2020 which provides a full pattern of gaming, preferences, the players expenditure on mobile games, and the review of the most significant information on the use of this platform among Iranian players.

As public relations of the National Computer Games Foundation stated, the report, which entitled "Close-up view of 2019-2020 - Mobile Platform: The driving force", indicates the high penetration of mobile games among Iranian players. According to the findings, out of 32 million Iranian players, 29 million and 300 thousand are mobile platform players who play at least one hour a week with one of the smartphones and tablets. Meanwhile, population of smartphone users is far higher than the number of tablet users (95% to 18%).

Another noteworthy point in this report is that due to the easier access to this platform (mobile device), we meet wide range of social characteristics, including children, adolescents, young people, middle-aged and elderly, among mobile players. However, among the players of the mobile platform, participation of male players is higher than female players (65% to 35%).

Another interesting point due to statistics of this research is that 65% of mobile players prefer online gaming, as well as puzzle, strategy, shooting are three favorite genres among players.

It’s obvious that mobile games are impacting the game industry in Iran by increasing their penetration among Iranians and more turnover among players more than ever. However the GDC game reviews, point out PC devices as a best platform for developing games; but the growth and popularity of users of mobile platform has led to rise of mobile game production.