The Iranian Video Game Champions Cup will be held online 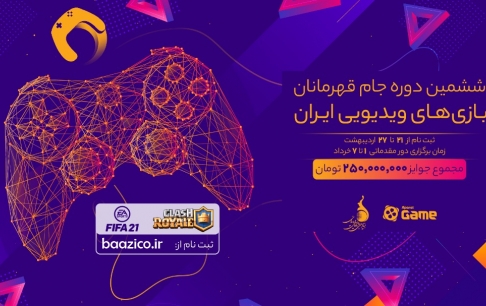 The sixth tournament of the IGC, which is considered an unprecedented event in Iran, has been started with the joint cooperation of the National Computer Games Foundation and AparatGame in the fields of Clash Royale, FIFA21 PS4 and two other noteworthy Iranian games "Footballistars" and "Bezan Bahador".

As public relations of the National Computer Games Foundation mentioned, in addition to Clash Royale and FIFA21, which were regular games of Iranian Video Game Champions Cup in previous seasons, we have added two Iranian games one of which "Footballistars", is an attractive soccer game in the "Soccer Stars" genre and the other one “Bezan Bahador” with approach of supporting Iranian games to the list of competitive games in this season of competitions.

Due to event program, all the steps of registration, authentication, draw, results and introduction of champions are done online and under the supervision of a juries and professional support.