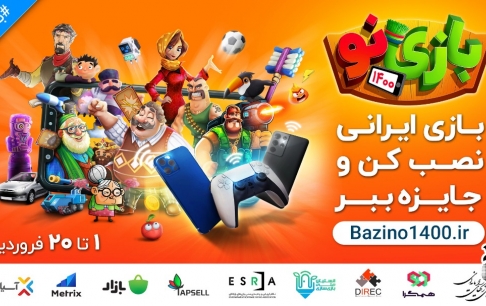 The "Bazino" campaign, in addition to supporting Iranian productions and producers of video games, which is aimed at fulfilling one of the most important missions of the National Computer Games Foundation; has other important goals such as attracting users for Iranian quality mobile games, followed by increasing the income of Iranian game development studios, as well as providing a wide field of familiarity for Iranian users with these games.

The conditions for participating in this campaign for game developers are defined as follows: After announcing the call, all Iranian game developers who have offered at least one product in one of the Iranian digital mobile games stores, can submit their request. After submitting the applications, the evaluation council selects the final games according to the characteristics of applicants' games, and the titles of the selected games will announce publicly.

The evaluation council of the "Bazino" campaign examines the games of the applicant teams and companies based on indicators such as the duration of the game, the game score in stores, the number of active game installations, the game revenue model, and so on. In addition to the mentioned features, the games that have the possibility of holding online competitions for New Year of 1400 will also have a special point in selecting the games for the "Bazino" New Year campaign.

Through this link, applicants can apply for their game in the "Bazino" Nowruz campaign until February 18.

Advertisements of selected games in this campaign will also be displayed through all channels of advertising content for users, and the user can click and select any of the entries designed for the campaign to the host page of the Iran Computer and Video Games Foundation, to access the link to download and install the games participating in this campaign in one of the digital mobile games stores through this page.