"Sardar" won the first rank of the serious game 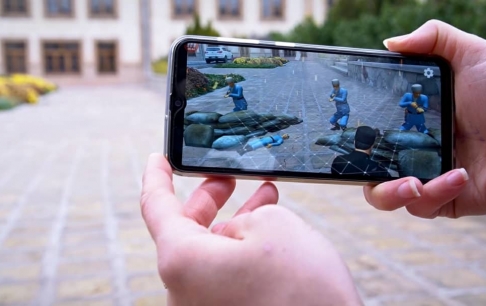 "Sardar" game won the first rank of the serious game festival in 1399, and by being selected as the "serious game of 1399", it won the 20 million Tomans award of the Iran Computer and Video Games Foundation in this section.   According to the Communications and International Affairs Department of the Iran Computer and Video Games Foundation, Sardar Made by the (Carlab team) at Tabriz University of Islamic Arts, with the aim of promoting tourism and the idea of a software design to visit Sattar Khan's house (the National Commander in Tabriz )  is as a role model for creating the attractive game for the audience have a different experience of visiting this historical museum with the help of Augmented Reality technology.

With the announcement of the jury of the Serious Game Festival in 1399, this game was selected as the serious game of the year due to its appropriate technical infrastructures, creativity in providing services to the tourism sector and acceptable business structure.

With the announcement of the jury of the games: Raz Methane, Reaction and Firoozeh, they also won the next ranks of the Serious Game Festival in 1399, respectively, and were awarded prizes of 4 million Tomans, 3 million Tomans and 1 million Tomans.

1/1 ErrorException in Filesystem.php line 75: file_put_contents(): Only 0 of 310 bytes written, possibly out of free disk space