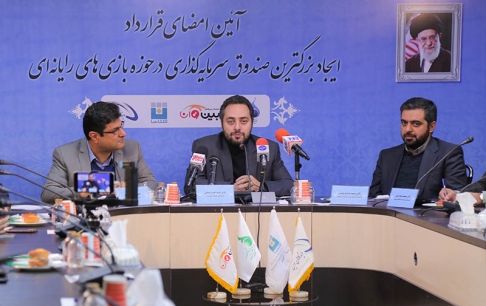 According to the Department of Communications and International Affairs, Sayed Saber Emami, CEO of Mobinwan company, said in the program: "The idea of creating this fund was put forward almost two years ago. The digital industry and the transformation that has taken place in our country, both domestically and internationally, is capable of much improvement.

If we look at the numbers, we can see that our country's GDP share of digital services and the IT industry is a very small but growing share.

If we look at the economic flows in developed countries, we see that about 5% of GDP in these countries is from the IT industry. And some believe that the entertainment industry, computer games, and various services now in use around the world have a large share of the GDP of different countries. Majid Shakrollahi, CEO of New Views company, said in the program: This will be the first fund to be accepted through the exchange. The fund will be set up at the amount of thirty million tomans for seven years. This agreement has been signed with an exchange organization and its contract will be drafted within a month.

"The presence of information technology, cyberspace and in a sense, the virtual world in the daily lives of all people, is changing the face of people's lives every day," said Hamid Sajedi, CEO of Shenasa company.

Therefore, it seems that developing games based on events can be very important.

It's not just entertainment, and it can cover culture-building, serious gaming and fill people's leisure time.

Iran Computer and Video Games Foundation have previously held expert meetings with fundraisers, and for a variety of reasons computer games have been a very good choice for the fund activity.