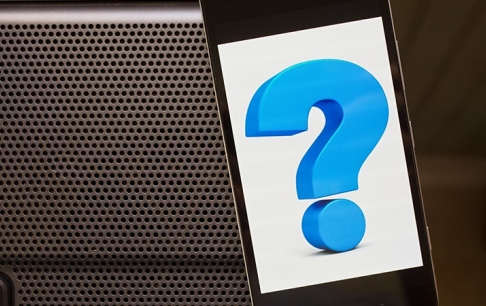 According to ISNA news agency, showing interest in trivia goes as far back as before the worldwide web was established. In Iran, many people would sit down doing crossword puzzles and watch or participate in game shows on TV. But since the emergence of the Internet, we’ve seen the interest of audience shift. Q&A based online games like the Quiz of Kings have gained a strong following and now we see an abundance in this genre.

Trivia mobile games tend to follow a pattern not much different than the old games we came to know and love. But there are some minor and major differences. In online trivia games, the user usually faces time-limited stages – with ten or as many seconds provided by the developer to answer as many questions as possible.

The questions cover many topics and fields such as sports, history, technology, cinema, arts, geography and politics. Some may say big prizes are the best incentive for the players to spend time in competitive video games. But analysts say that the main reason for user attraction is creativity in the design and execution of the questions. The audience of the trivia games, likes to spend some quality time, be entertained and also add to their knowledge.

Trivia games may be developed for any operating systems, with some web-based and others Android-based, etc. Trivia Plaza and Sporcle are two exemplary games in this genre. These types of games have multiple categories with the user able to choose which category they like to participate in. Whether you’re a cinema enthusiast or a technophile, keen on history or even with a strong affection towards food and drinks, these games have something to offer and challenge with. A lot of these games are network-based or bot-based, but these types haven’t experiences much welcome compared to their competitors.

Statistics show that mobile games, take away a big chunk of the video games market. This has urged many trivia game developers to move towards developing apps. Trivia games in Iran are also on the rise. Chi Mudooni, with 2000 active installs, Ten Seconds, with 5000 and abaQ, with more than 10000 active installs have gone through the trial phase. Quiz of Kings by the way, is now one of the top ten popular Iranian video games according to Iran Computer and Video Games Foundation.

Very recently, the Snapp holding has launched SnappQ, which has been able to generate more than 60 thousand active installs, even though it’s still a work in progress. SnappQ follows rules similar to its competitors. In each play, 12 questions are given to the participant with ten seconds to answer.

Comments submitted by users in the past month shows that this application has yet to reach its full potential technically. The graphics of it have caught eyes, but complaints were made due to the lack of a possibility for user-based question designs.

Some believe that computer games (mobile included) tend to weaken the concept of humanism and feed people corrupt information. But many experts say that trivia games and any game that builds a network of people, can easily contradict that claim. The users of trivia games experience virtual and real group games, all the while gaining new information and strengthening their knowledge.