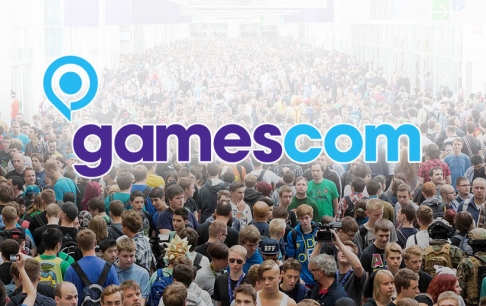 It is Germany’s trade fair for interactive games and entertainment and has had the highest number of visitors among the other fairs of the kind and have made noticeable improvement over the past years as last year over 5,000 journalists and 557 booth staff from 39 countries worldwide participated in the event. In 2016 some 345,000 visitors flocked to go to the fair.

In Gamescom not only the video game market is being introduced to the public sector but also the trade visitors will be familiarized with the market potentials. Therefore, the fair is a place to introduce and sell the gaming industry products.

This is while the U.S. has been one of the leading gaming markets worldwide for years and here’s a question: Can Europe or other countries raise higher gaming revenue in the lucrative industry or not? Or does Gamescom success count as a step for Europe to make an improvement in the video game market?

Why Gamescom is well-received?

Gamescom is even more well-received than U.S. Electronic Entertainment Expo, commonly referred to as E3 [a premier trade event for the video game industry] and why is that so?  What’s the reason behind the popularity of the fair among the visitors and video game developers?

The answer to this question is that Gamescom is one of the biggest landmark, international events for interactive games which creates a suitable environment for trade, introducing new products in computer and video game industry and that’s why it is appealing to the visitors as well as booth staff. Moreover the fair is a combination of booth staff, visitors and publications and this triangle have made all those active in the industry including small, large, or multinational enterprises, to support the event.

The way the fair is organized and taking place has made it a center for holding meetings between all video game developers, distributers, publications, retailors and the customers. Gamescom also gathers Influential individuals from 88 countries among whom some 31,500 trade visitors have participated in the event in 2016. Most importantly the presence of journalist from around the world have add to the charm of the fair.

Additionally the fact that the fair has become a place for creating and offering new job opportunities is also another reason for the event popularity. Those looking for job who are specialized in video game industry deem Gamescom as the biggest employment agency. This is what I heard from many of the visitors during the past years edition of Gamescom.

All that has been said can be considered as reasons as to why the event is well received.

What was easily noticeable at the 2017 edition of Gamescom was that Sonny with its gaming brand PlayStation was less active. Of course Microsoft, which took a break at Gamescom 2016 by ditching the press conference, came back more active in 2017 but its press conference was nothing more than a cliché with no innovation and creativity. And the fact no surprising and amazing game was introduced at the conference became more discernible.

Nonetheless Nintendo made up for other companies slackness and featured two live streams at Gamescom 2017 and the visitors had the chance to experience two new video games.

Wrath of the White Witch is a role-playing video game, Wolfenstein II: The New Colossus an action-adventure first-person shooter video game and a sequel to the Wolfenstein: The New Order, which narrates the story of B.J. Blazkowicz and his fellows resistance against Nazis in a war in the U.S., Jurassic World Evolution which allows the player to construct and operate a Jurassic World dinosaur theme park, Assassin’s Creed Origins, and Super NES Classic Edition were among the biggest gaming announcements of Gamescom 2017.

All these and other gaming announcement were all amazing but they didn’t constitute a considerable progress for the event. And the question will still remain: Is Gamescom at its peak or in decline?

Though it is worth mentioning that video game industry has not managed to surprise the fans very much over the past four years and many of the games are just the repetition of their old version and are getting stale.

We just have to wait and see how Gamescom 2018 is going to surprise the video game lovers and whether Germany can still be the host to one of the greatest video game fairs or it would lose the game to a stronger rival.