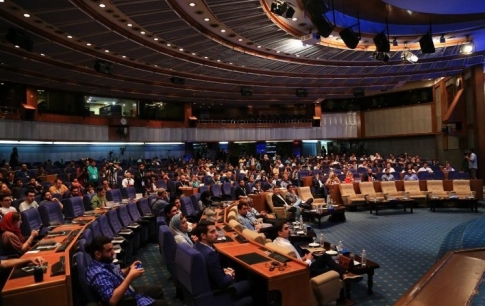 If there is something that I appreciate very much, it is without doubt that the developers are happy showing their creations. And while this is usually true in Europe and America, we tend to forget an area of the world: the Middle East. We have already seen it in Brazil, but the development of independent video games is also hosted in this area of the planet. And with wonderful people, eager to show that they also take video games with true passion and dedication. Today we have to talk about this Time of Events of the Tehran Game Convention 2018.

An oasis of oriental industry

Hosted in the capital of Iran, the TGC hosts since 2017 many developers and companies between its walls. With dozens of speakers, hundreds of companies and publishers and more than 2300 developers, this event presents a great opportunity for the young promises of the sector. As commented by Ehsan Tahmoures, developer at Black Cube Games and one of the creators of The Tale of Bistun:

It all started with a somewhat humble event several years ago. Humble in the sense that we had to sell our own games on CD and DVD. But years later the Tehran Game Festival appeared, a festival in which games played in Iran were shown competitively. And although it seems incredible, it became for us the most important event of the year.

This Black Cube Games project of 8 months of development is just a sample of the potential and talent that overflows the attendees of this event. And to all this you can add the triple of people who have come to the event to contribute their bit:

It has been our second year for us at Black Cube Games at the TGC, and we have learned a lot talking and interacting with developers from other cultures and countries. [...] The number of speakers this year has been colossal compared to the previous year, and the support has been enormous and much more positive than last year. And it is more: this year we have had more interesting programs. For example, a Pitch Fest was held in which 10 teams presented their nominated projects to publishers and entrepreneurs. We also had another small festival within the event called "The Gamistan Award", in which many countries of the region participated.

Voices without distinction of race or gender

Another aspect that has caught my attention is the global presence that contains TGC. People from Poland, Iran, Asia, Brazil, Italy ... All gathered to offer their knowledge and vision of the world to the rest of the developers located in the capital of Iran. And do not think that the effort of the developers is not valued here, because you will be wrong. As commented Ferre Poork, independent developer and graphic designer:

I have been in both editions of the TGC but I dare say that this year the number of women speakers and assistants has been much higher. As an Iranian woman, I always thought that the number of women in the video game industry in Iran was very low. But observing other women in the TGC and its relevance in the industry made me feel good and proud to be part of this community. I hope that the TGC is celebrated every year and improves progressively. Meeting reputable developers and publishers in person can fill Iran with success.

Undoubtedly, this convention managed to do something that rarely occurs in the videogame industry: to excite its assistants and make them come back to expand their knowledge about the game world:

The best thing about the TGC is to be the first international event of the videogame industry in Iran. The TGC gave me, a novice developer, the opportunity to participate in an event in which respectable people of the sector participated from all over the world. It was a great opportunity to meet these people in person and talk to them and learn from their experience.

The future of the Middle East

TGC is something that the world of videogames needs to show that outside of the usual western market there are also great developers. People like the Deedema Game Studio (creators of Flipping Filip, one of the favorites of the event) is already gaining a place in the industry thanks to support like the Square-Enix Collective. In the words of the manager of Public Relations of the TGC Ali Fakhnar:

Unfortunately, there are still external problems that make these types of events fail to have the support they deserve. Ehsan argued that there were two severe drawbacks during the event. The first was Trump and his constant threats to Iran. And yes, political conflicts between nations are relevant even in videogame events. This led to the second problem: many of the large companies invited to attend the event decided not to come because of fear. But if you think that this is something that made the event lose too much quality, you are misguided.

Iran wants to show that they are a region rich in video game developers. And the best part is that little by little they are getting it. Maybe they need a couple of more years to achieve it, since they have not been long in the game. But if they manage to reach more people, the TGC could easily become a big event in the industry. With a strong sense of community and support for the media, Iran is undoubtedly a place that deserves to be named much more often.

Of well-born is to be grateful

I leave people who wanted to offer me help writing this article, like SeyedMadhi Dabestani, developer of Flipping Filip. Also people like the great Amir Golkhani, Public Relations of BlackCubeGames and journalist who was a great help. People like Mohamad Iraji, producer of Deedema Game Studio, were people who wanted to offer their bit for this writing. I recommend you also see the collection of photographs of the event.

As you have already seen, Iran is not the wasteful and destructive land that they always paint. Regarding the video game section, we are facing a growing industry that is based on very positive values. Values such as community and help people who are starting to create games, both studies and teams of one person. To offer a voice to people of all nations to offer their knowledge to young promises in the sector. All this is what makes the Tehran Game Convention worthy to take our stamp of approval. Iran, I hope to analyze soon creations born in the Middle East, because surely they will be something with a lot of personality.