The computer game, Bardia is a first in history based games- it is a story of gallantry, courage and historical facts based on Alexander of Macedon’s attack on Iran, the circumstances around the Achaemenid Empire and the sacrifice and resistance of Aryo Barzan and the brave soldiers of Iran. Through action-adventure gameplay, the story unfolds itself.

Bardia, an adventurous puzzle game, appeals to both domestic and international audiences. Bardia, familiarizes Iranians with historical figures and segments from their history. For the international audience, it shows the battle that really took place between Alexander of Macedon and Aryo Barzan, contrary to what the film 300 depicted.

We have based Bardia on historical documents and readings of sections of the Achaemenid period; and for the first time, all of Persepolis, Iran’s most historic site, has been built and put to display in a computer game.

A 3D graphic game, Bardia pays special attention to the architecture and clothing during the time of the Achaemenids: Particular attention has been given to the type of clothing military personal wore during this time. 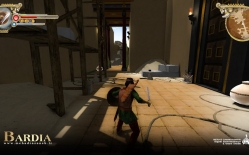 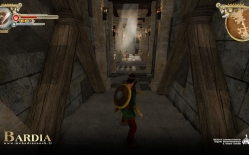 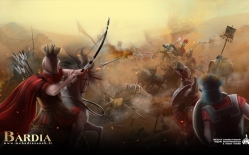 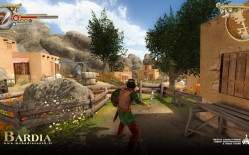 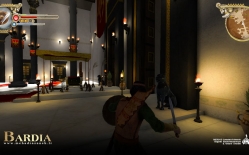