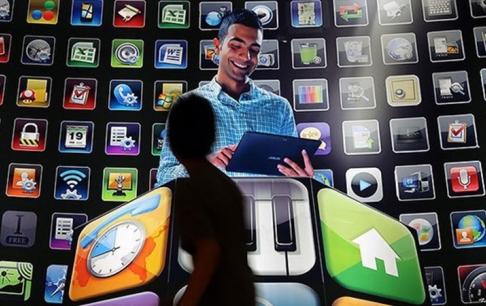 To acknowledge and understand the popular video games of a society, is one of the most important – or maybe the most important – factors for planning and investing in the field of video games in that society. Knowing such statistics will not only help the people active in the industry and its policy makers, but will also do wonders for the private sector and to guide funds through correct and effective channels and finally, improve the whole situation of video games and the business.

As reported by the Mehr news agency: analyzing popular video games in any country, from the aspects of genres, accessibility, and types of interactions from psychology and sociology viewpoints, can result in very interesting findings. That’s why, “what games do Iranians play most?” is one of those questions that we should ask on a regular basis.

In recent years, Iran Computer and Video Games Foundation has ran the national survey of Iranian gamers and part of the results of this survey, answers the said question. These kinds of statistics can not only be used in a variety of fields and serve as a guiding light for the industry, but also through scrutinizing their nuances we may arrive at illuminating conclusions about the 28 million member society of Iranian video game players in year 2017. Of the types of conclusions that we are able to draw from these statistics, are what types of games are the most popular, and what types of games the players draw the most inspiration from.

In short, such statistics may help show a variety of information like cultural, social, collective, emotional and mental tendencies of the players.

Studying the said information to find answers to the question “what games do Iranian gamers play?” when we weigh down on video game genres, some important factors get revealed. According to the gaming infographic of 2017 for Iran, the most popular type of video game for Iranian people is puzzle. Even though the puzzle games field in Iran is less crowded than most, both on PC and mobile devices, it has been met with the most acceptance on behalf of Iranian gamers. Runners and platformers are runner ups that have the biggest range of titles compared to other genres on the market. The third position for most popular games, goes to racing and the fourth position is acquired by sports games. With the final two, there’s an equilibrium between the number of titles and the number of players that can’t be seen for the first two. It’s interesting that after these, the Iranian gamers take most interest in arcade games. Other genres like simulator, RPG, shooter and fighting don’t even come close to the five favorite genres of Iranian gamers.

Until 2017, the most popular game for Iranian gamers was Clash of Clans, which has lost some steam in the market but still has its avid fans. Following that, there’s PES, the soccer game that has always been popular with Iranian gamers and finally, we have FIFA, another sports game, occupying the fifth position.

Then again, presence of three action and shooter games amidst the 10 most popular games in the Iranian market shows that this genre has been able to attract Iranian gamers and even though it doesn’t sit on the top of the list of the bigger chunk of the audience, with titles like Call of Duty and Counter-Strike it was able to attract enough fans to pose considerable worth.

There are other games, such as the card game “Clash Royale” - which may owe its popularity in Iran to the success of its predecessor Clash of Clans – seen in the top 10 list for the market.

Baghlava, an arcade casual game, is another favorite of Iranians. Pou, is another fan favorite, which can be explained by the fact that casual and arcade games are really popular in the country. And finally, we have Quiz of Kings that is undoubtedly one of the most popular titles on the market, still going strong, and has really earned its place in the top ten.

It should be noted that the information present in the open view report of the year 1396 (2017-2018) was extracted through analyzing the data acquired from the survey conducted by the Digital Games Research Center (DIREC) of Iran with an statistical population of 8000 people.